Dr. Sima Samar: women should enjoy facilities in all villages of the country

AIHRC stressed at the conference that the government should not take war and poverty as an excuse to deny women and gender equality. Dr. Sima Samar, Chairperson of the AIHRC stressed at the conference held on Tuesday in Kabul, on the equal rights of men and women at all level, in all fields, and added that one of the theme of sustainable development goals is that no one should be deprived of their rights.

Regardless of color, skin and geography everyone should benefit from these goals. The Chairperson of the AIHRC stressed when the regulations and policies in relation to the implementation of sustainable development goals is set, the government should involve various institutions in it, and try to seek the opinion of all institutions involved .

Dr. Samar said: "One of the goals is the elimination of all forms of discrimination. Any discrimination based on gender should be eliminated. We live in a society that even good food is given to male children. The second goal of sustainable development is the elimination of all forms of violence against women and girls, and the countries are bound to adopt measures to eliminate any form of violence practiced against women. 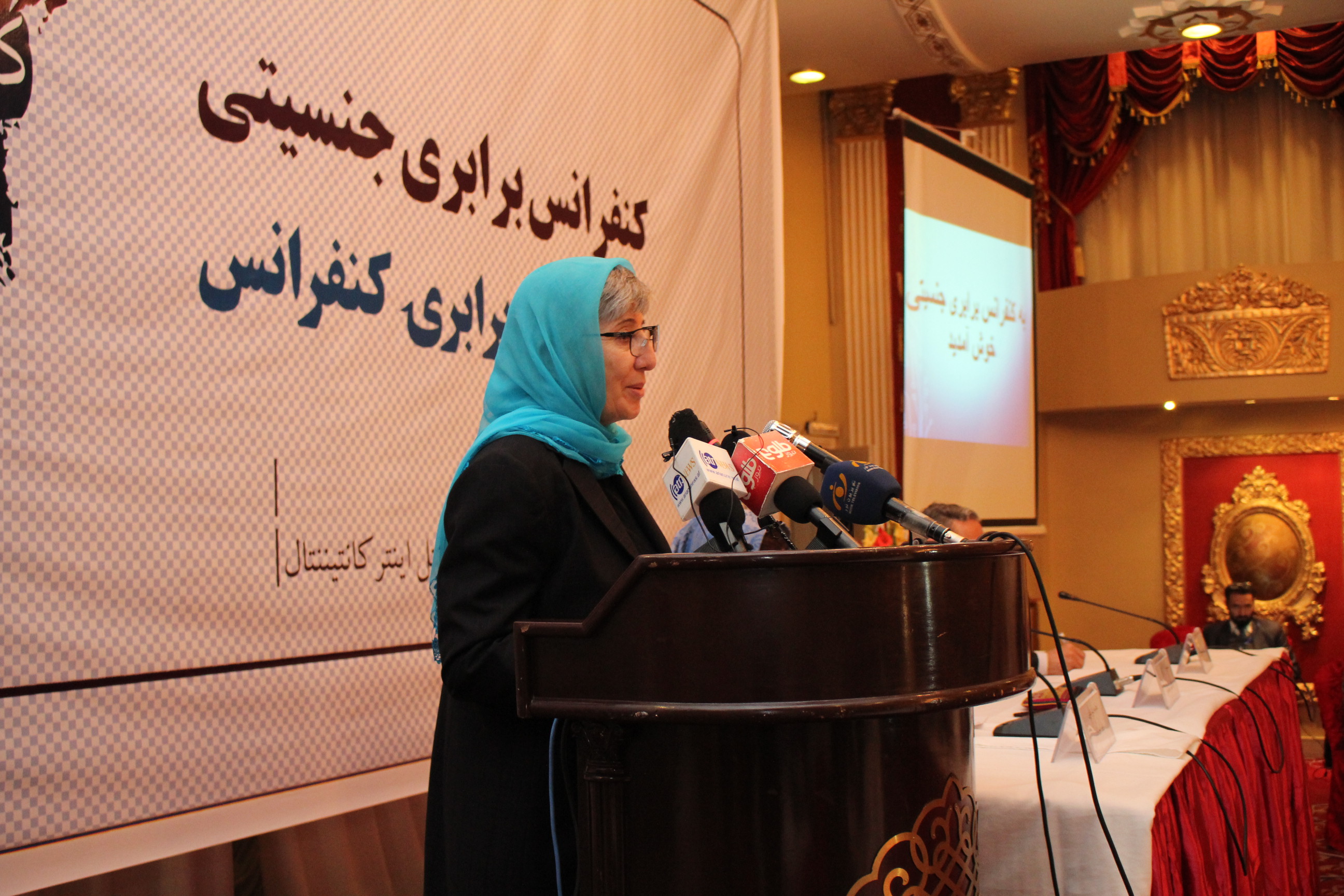 According to the Chairperson of the AIHRC, as long as violence against women exists, this country cannot claim that the goals of sustainable development are implemented.  Every form of violence against women must be eliminated, otherwise we will not achieve our goal and Afghanistan will not reach any peace agreement. The active presence of women in a society indicate peace and civilization. "The fight against harmful traditional practices is also important for gender equality. Many of these practices create serious obstacles to women's access to equal rights.

According to the Chairperson of the AIHRC if all the Afghan people don’t take part in the fight against harmful custom and traditions combating this phenomenon is not possible. Dr. Samar said: "We see this harmful traditional practices based on which girls are given to Bad, forced marriage and girls are exchanged with their relatives.

Girls are treated as a sex object. "As a result of these harmful customs and traditions half of the population are preferred on the other half of the society. It results in gender inequality. It was emphasized at the conference that women's unpaid work should be respected and valued at home and society.

The majority of women in Afghanistan work at home and it is believed that their work at home don’t have economic value. But, the SDGs stress that women’s unpaid work should be valued.

Dr. Sima Samar said: "Because women's work at home doesn’t earn money so it is not valued, while women at home take care of the sick and play important role in the protection of family members, but these unpaid works are not valued. "Chairperson of the AIHRC emphasized that the unpaid work of women should be recognized in the policies, the development plan should be made in a way to recognize women works" Chairperson of the AIHRC while referring to the hard work of women at home said these works are not recognized yet "women’s meaningful participation in the policies is important, while in the new period a number of women are employed in the government positions, but AIHRC stresses on a meaningful participation of women.

Although women's right to vote is recognized in the law. But Dr. Samar said women's political awareness must be raised enough so that they can vote purposfully, not based on the order of male members of the family. It was mentioned that women's access to health service, especially reproductive health services should be included in document of SDGs.

The AIHRC stressed that women should be aware of health services and access to these services should be provided for women. Based on the Sustainable Development Goals, women must be familiar with and have access to information technology. The main purpose of women's access to ICT, is effective and meaningful participation of women in different social and economic spheres.

Delbar Nazari, Minister of Women Affairs also spoke at the conference and said that the ministry has specific programs for gender equality. Minister of Women's Affairs stressed that social justice is not possible until women achieve equality. 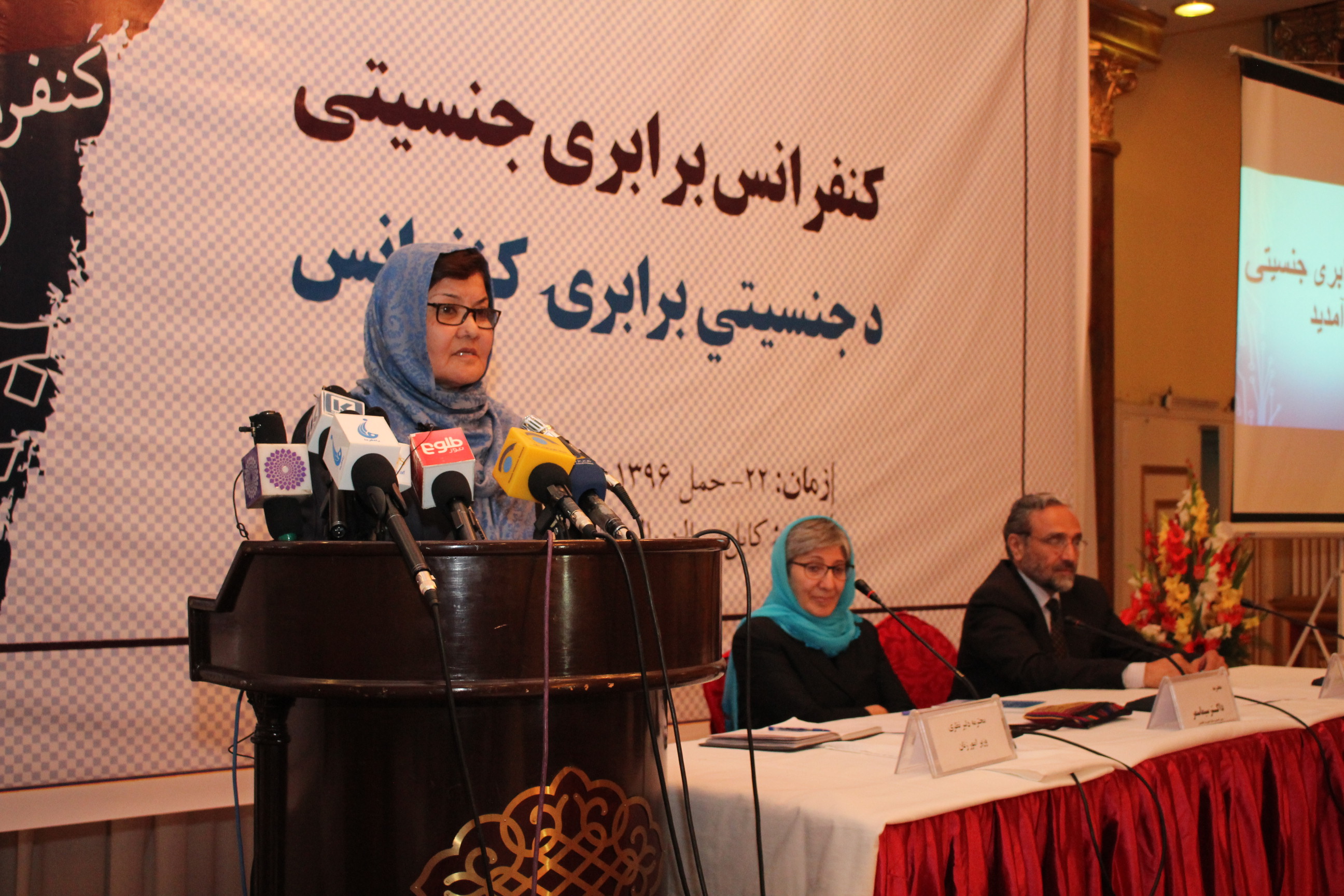 Minister of Women's Affairs said that the gender units are established in all government offices that are working for the women's access to their rights. Mrs. Nazari added that the Ministry has a great achievements in the field of women's access to gender equality, for example the gender equality strategies and policies, adoption of laws protecting women, the establishment of the Committee on Women's Affairs and Gender Cabinet, an increase of four million school and university students, increased presence of women in delivering services, increased budget to support gender equality and enhancement of awareness have been obtained as a result of the achievements made by the Ministry of Women Affairs.

Ministry of Economy, Abdul Satar Murad, also spoke at the conference. Mr. Morad said that the Ministry has been working since a year to prepare the document of SDGs, and added that until all civil and public institutions do not cooperate in this regard, providing an effective instrument in this area is not possible.

Mr. Morad said the Ministry is faced with many problems in preparing of this document, because there is not proper statistics and figures relating to the situation of women. Minister of Economy stressed that the main basis for development in Afghanistan by coming fifteen years, is SDGs and the government is obliged to account in this regard for the UN and people, after fifteen years. 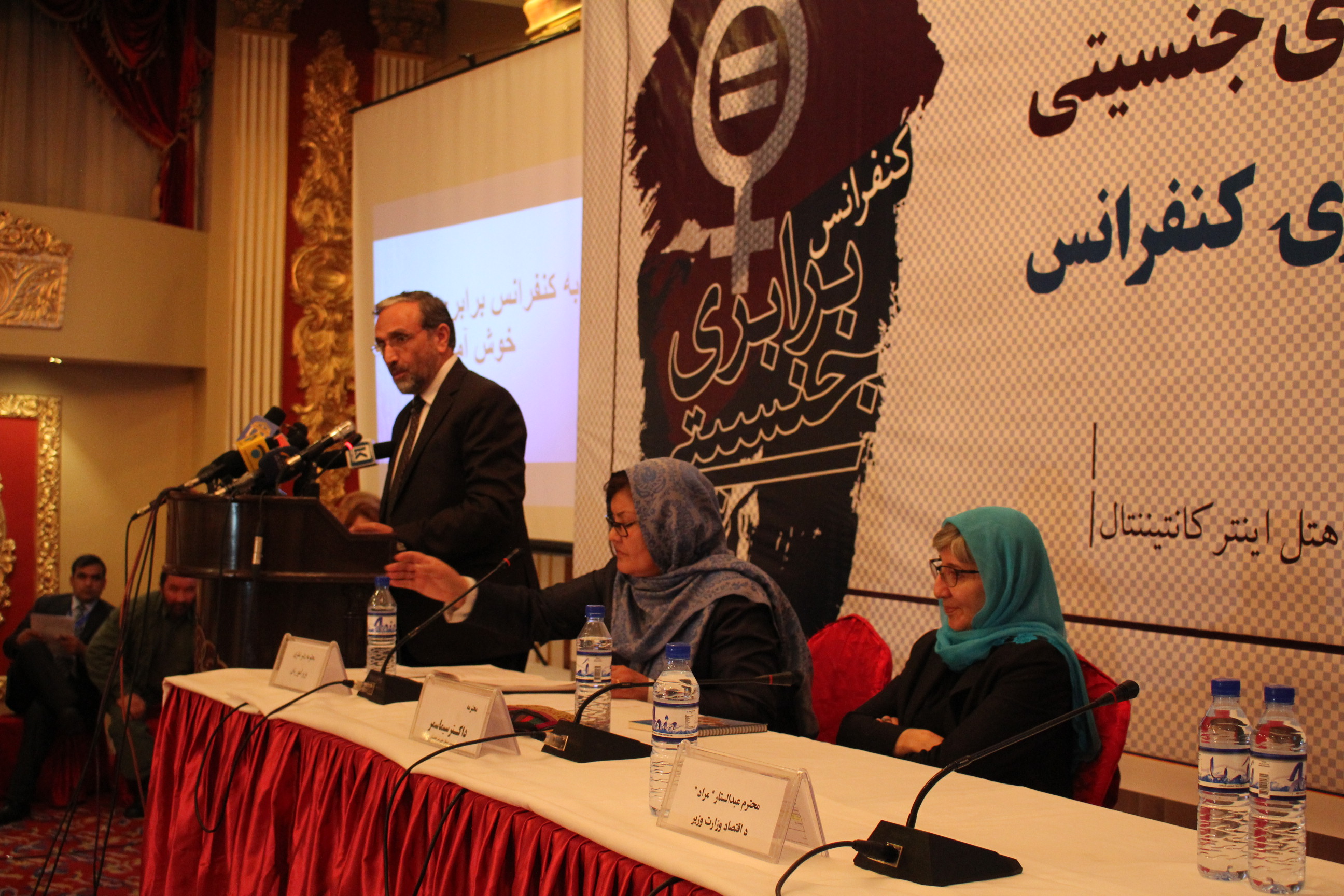