AIHRC published its National Inquiry findings on "Protection of Victims of Armed Conflict and Terrorism," as well as on “Torture and Ill-treatment in Detention Facilities in Afghanistan". These two studies on the major human rights issues were published on Wednesday, Jun 6, 2018 at a press conference held at the HQ of the AIHRC in Kabul.

The findings of the National Inquiry on the “Protection of Victims of Armed Conflict and Terrorist Attacks” indicate that, based on data and information collected by the AIHRC over the last 9 years (from the first of Hamal, 1388 to the end of Hoot 1396), a total of 64,104 civilians have become victims of war and terrorist attacks in Afghanistan. Of these, 23,130 were killed and 40,974 others were wounded.

Dr. Sima Samar, Chairperson of the AIHRC while releasing the report said: “Unfortunately, the government does not have any appropriate support plan for victims of terrorist attacks,"

To provide this research the AIHRC interviewed 3,129 people who were directly or indirectly the victims of terrorist attacks.

The AIHRC’s statistics show that 7.5 % of the victims were female, 17.9 % were children and 64 % of them were men. That's while the identity of 22% of the victims is still unclear.

The need for government support

The findings of the AIHRC show that there are no specific laws regarding the protection of victims of war and terrorist attacks, such as security and judicial protection, and reparation. The study concludes that the Law on National Reconciliation has confronted the punishment of criminal offenders with legal obstacles and that criminals are not being prosecuted. The report states that although the government pay 100,000 Afs for the victims of the terrorist attacks and 50,000 Afghanis for the injured, these payments has no legal basis and are not sufficient for the victims.

Dr. Samar asserted that a specific law should be passed to protect victims: "It is necessary to provide a proper legal base in order to protect people in various categories. For example, we do not have preparedness and support programs for internally displaced persons. We have no guarantee for the continued support of the victims." 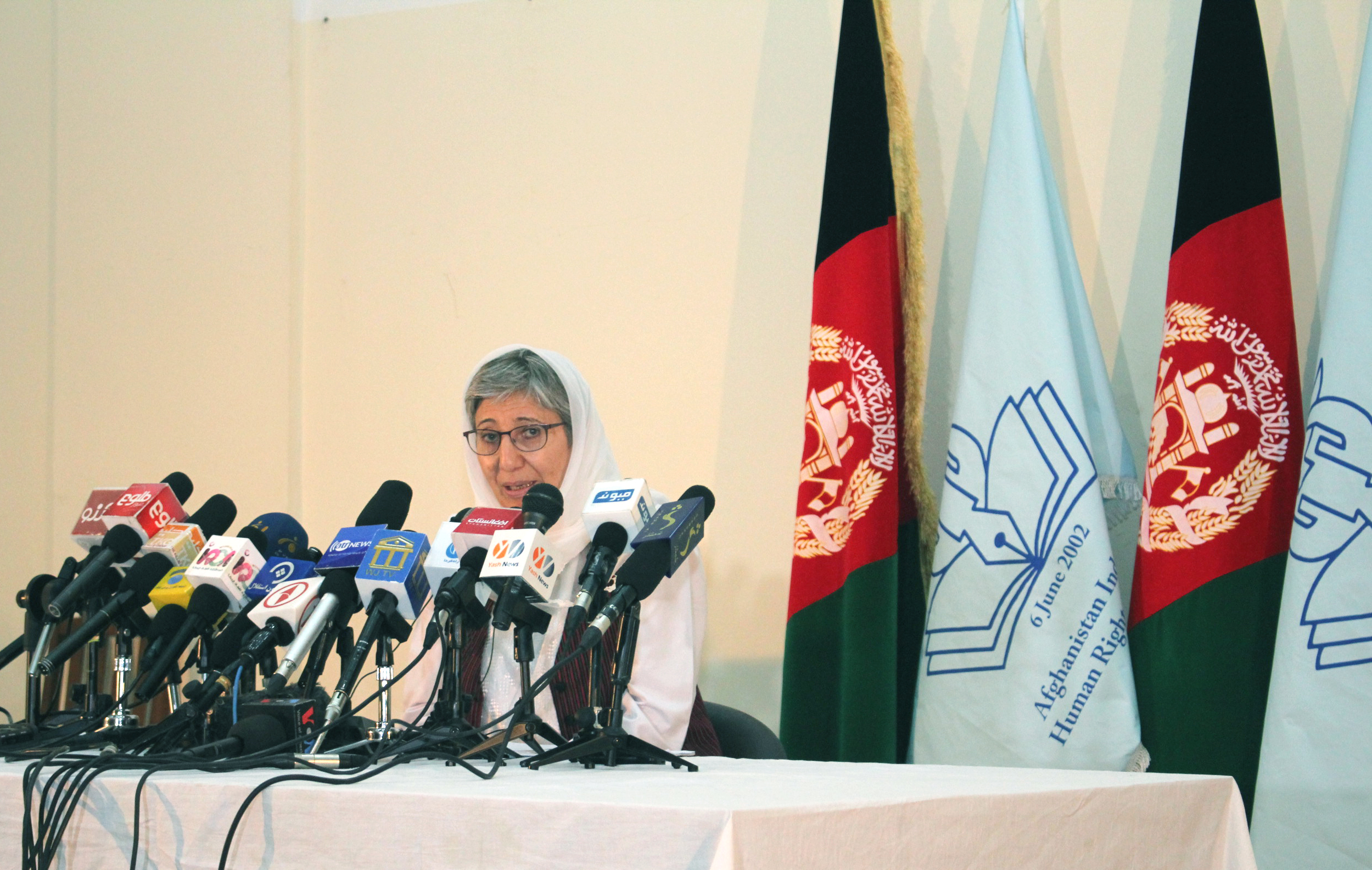 The demands of the victims

The report states that victims of war and terrorist attacks in Afghanistan have raised specific demands from the government. As they said, the government should pay attention to at least six demands of the victims.

·       Prosecution of the perpetrators;

·       Establishing legal bases or enacting the law of compensation

·       Participation of victims in peace programs;

·        Creating suitable conditions for the enjoyment of specific social services, such as distribution of scholarships

In this research, the AIHRC has called on all parties to the conflict to avoid attacks on public places such as mosques, schools, shops, highways and other areas where civilians are harmed.

Report on Torture in Detention Centers

At the same time as the National Inquiry was published, the AIHRC released a report on torture and ill-treatment in detention facilities. According to the report, a number of Afghans were tortured in 1396. The report indicates that 79 of the tortured prisoners said they were beaten up by police and NDS staff at the time of arrest.

During the past sixteen years, the AIHRC has always been working to end torture in Afghanistan, and no one should be tortured at all for any reason. Because, on the one hand, torture is prohibited in the Constitution, and on the other hand, the government of Afghanistan has approved a Law on Prohibition of Torture under which no torture is permitted.

Dr. Samar emphasized that "the prohibition of torture does not mean protection of terrorists, rather it means human dignity in Afghanistan should not be undermined and that no one is tortured under any pretext."

On the other hand, in 1396, good achievements were made in the area of the prohibition of torture. The Law on the Prohibition of Torture defines torture in details and specifies punishments for its perpetrators, while the penal code also defines the punishment of those who engage in torture. This year, Afghanistan lifted its reservation to the Convention and decided to ratify the Optional Protocol, so the Optional Protocol to the Convention on the Prohibition of Torture were ratified and approved.

AIHRC while appreciating the significant achievements made by the Government of Afghanistan in the area of torture, expresses its concern regarding the existence of torture in the detention centers, and presents the following recommendations to the Afghan government, in particular the defense, security and justice organs:

1.     The AIHRC suggests to the Ministry of the Interior and NDS that those officials of the departments who have been charged with or suspected of torture should not be appointed in important security positions.

2.     The AIHRC requests the Ministry of Interior and the NDS to provide effective monitoring ground for the AIHRC’s monitors, so that they can individually interview individuals under the custody or detention.

3.     The AIHRC requests defense and security organs to train prohibition of torture to all its staff, especially those dealing with suspects and defendants.

4.     The AIHRC requests justice and judicial authorities to seriously prosecute torture cases in accordance with applicable laws and punish their perpetrators.

6.     The AIHRC requests the Ministry of Justice to implement United Nations recommendations on the prohibition of torture and to prepare and adopt a clear and enforceable action plan for the effective implementation of those recommendations.

7.     AIHRC suggests to the National Directorate of Security (NDS) that, in accordance with the laws of the country, pave the ground for the lawyers to have access to their clients within legal time