Joint Statement of the civil society organizations, civil and human rights activists of the West Zone against violence against women 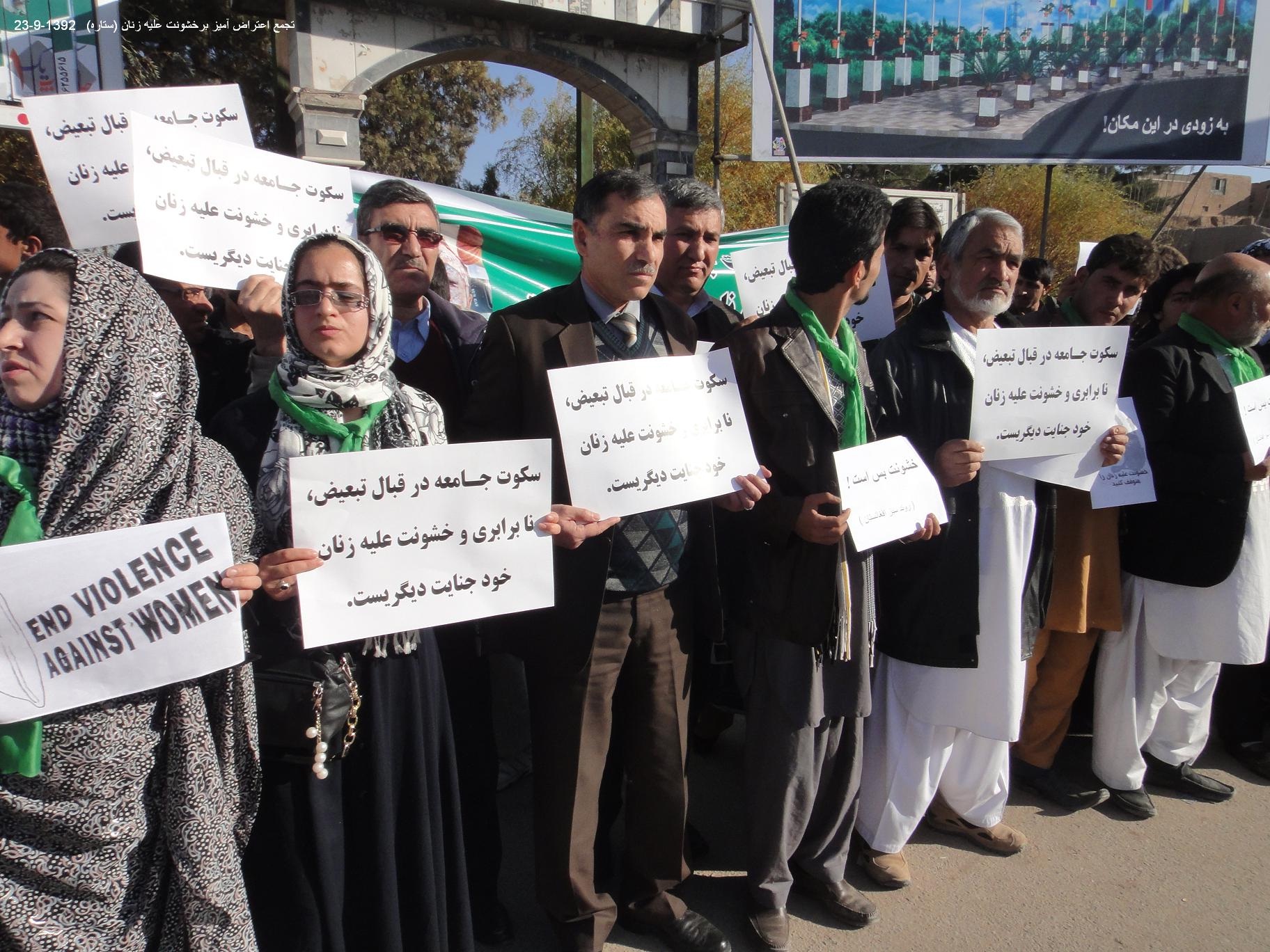 Today, it is not a good day for Herat, a day of blood and murder, a day of pain and screams and tears. Herat’s heart is hurting. Herat’s historical identity and civilization has been questioned. Today, the ears, nose and lips of a Herati woman (a mother) are cut in front of her innocent children, and only its death pieces are witnessed by us. Today shame has fallen on the eyebrow of civilized identity of Heart, shocking brutality that cannot be screamed with any throats and horrific act that cannot be voiced by any language and shameful crime that cannot be defined with any words. Today we have come together to voice our protest, hatred and disgust against what has happened to an oppressed woman by a cruel man. Today we've gathered up to say no to any culture and social norms that is protecting and creating such inhumane acts of cruelty. Today we want to call unanimously that we should not let such cruel and inhumane incidents occur in Herat and in other cities of our country. Today is to call for justice and damn gender inequality, oppression and discrimination of any kind.

Therefore, we, the civil society activists and institutions voice our disgust and hatred against this terrific incident, and call upon the relevant legal authorities and organizations, national and international institutions to prosecute the case and bring the perpetrator of the crime to justice, and provide timely medical care for the victim.