The Afghanistan Independent Human Rights Commission (AIHRC) commemorated "International Human Rights Day" and "National Day of Remembrance for War Victims" (December 10) by holding a special event at the Headquarters of the Commission.
Participants included AIHRC’s Leadership,  Sarwar Danesh, Second Vice President, Tadamichi Yamamoto, Special Representative of the UN Secretary-General in Afghanistan, Pierre Mayaudon, EU Ambassador to Afghanistan, Ambassadors of Denmark and Netherlands, Representatives of Sweden, Canada, Switzerland and the Open Society Institute, Representatives of the Ministry of Justice, the Ministry of Hajj and Religious Affairs, the Attorney General, a number of families and relatives of war victims, Institutions, civil activists and staff of the AIHRC. 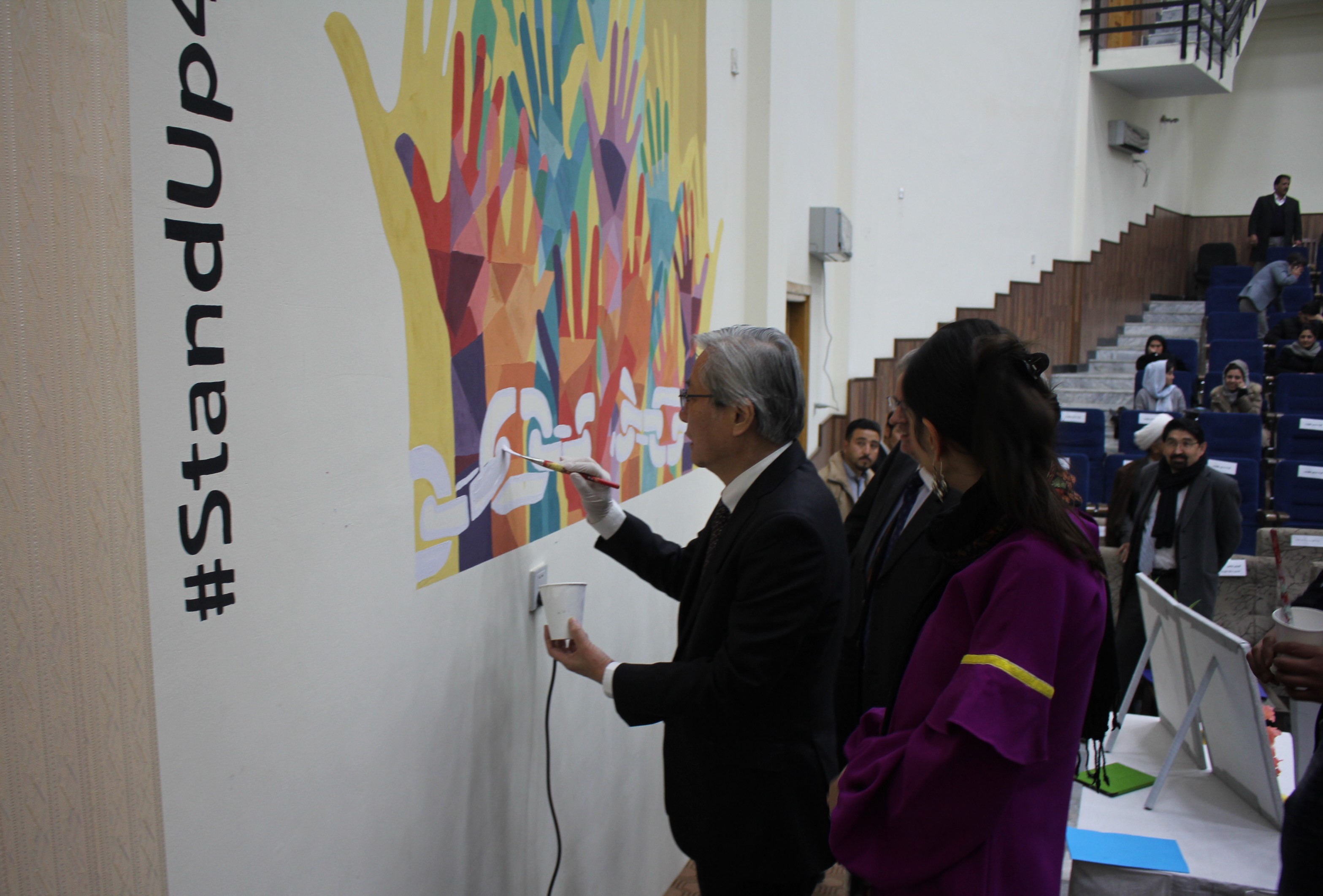 Chairperson of the AIHRC: “Human rights standards should be taken into account in peace talks.”


A wall painting "Hope for the Future" was unveiled at the beginning of the program with the participation of the Commission's Leadership, the UN Special Representative and the EU Ambassador. Subsequently, Mrs. Shahrzad Akbar, Chairperson of the Commission made a speech on the occasion of the International Human Rights Day and the National Day of Remembrance of War Victims, and recalled the names and memories of the AIHRC’s dear colleagues who lost their lives for the realization of human rights values. The Chairperson of the Commission, recalling the country's challenging human rights and humanitarian work, referred to Dr. Tetsu Nakamura and his colleagues as the latest victims of this important goal. 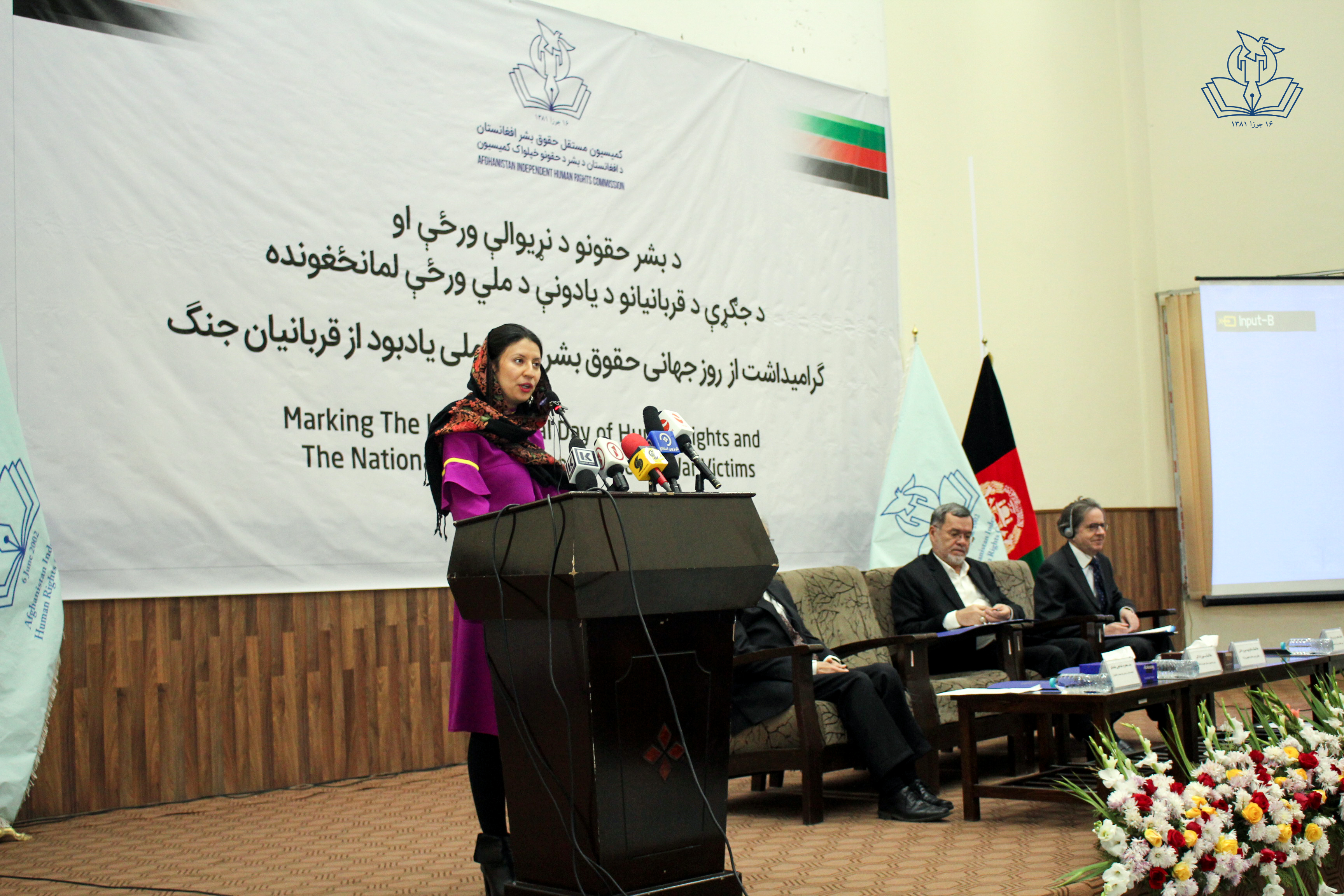 Mrs. Shahrzad said: despite the difficulties and threats in the country, the approval of the law on the protection of the rights of children, the success of the Commission as Deputy of the United Nations Human Rights Council and the extension of the A status of the Commission by GANHRI are the outstanding accomplishments of human rights and an encouragement to continue the work of human rights.
The Chairperson of the Commission on the current situation of the country, taking into account the two main issues: first, to highlight the shortcomings and the difficulties, and second, to highlight the achievements in various fields, including in the field of human rights, stated that our current need is to maintain the achievements and to take a realistic view of the failures and shortcomings and to be more effective in shaping the country's future.in the light of the lessons learned. 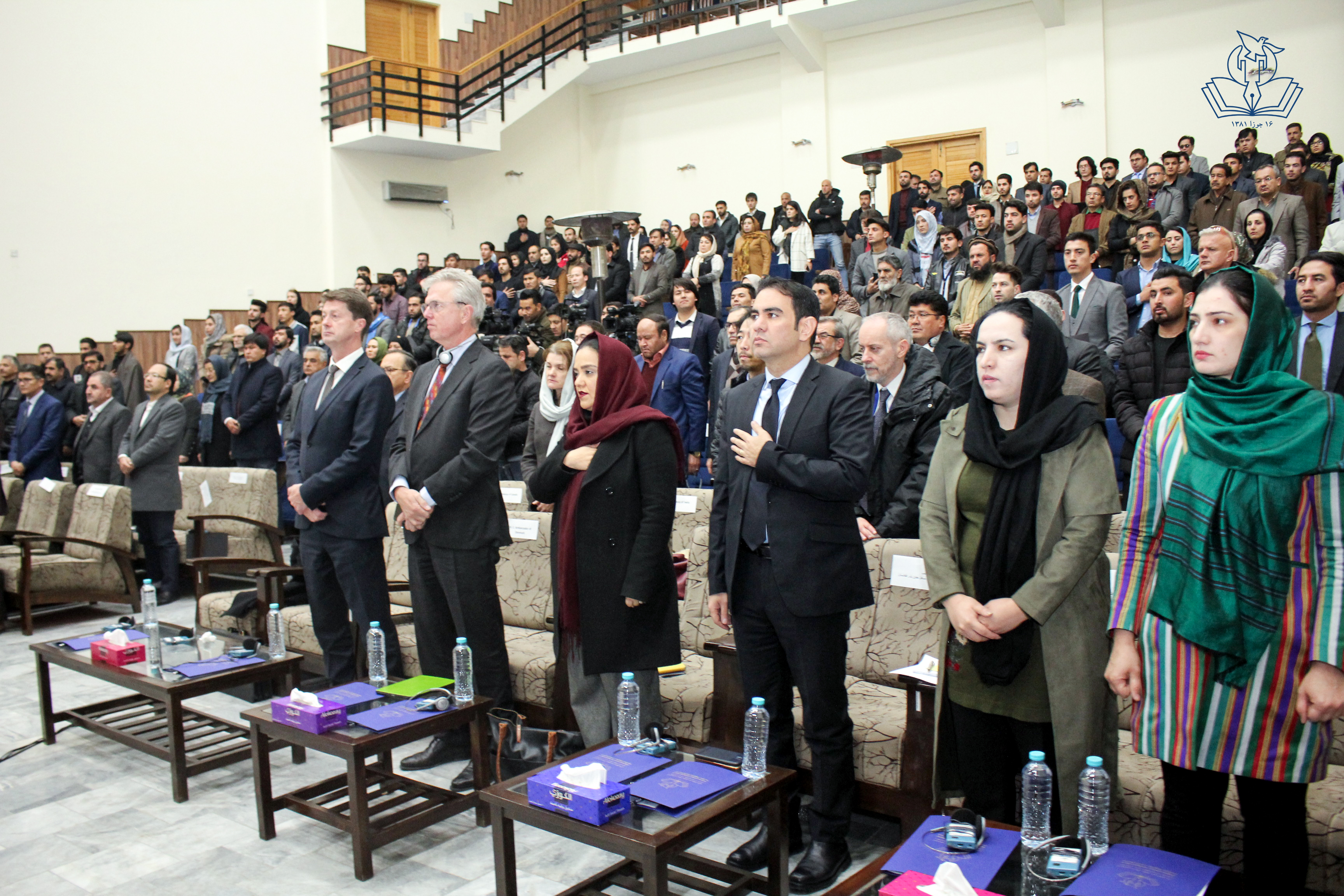 Mrs. Akbar expressed the Commission's position on peace as such: “in order for peace talks to lead to lasting peace, the process must be inclusive and the parties must give serious consideration to the demands of victims, women and youth. Compliance with human rights standards should be considered a serious concern of the Afghan people and our international partners at all levels of the dialogue. The peace talks should lead to increased access of the Afghan people to their human rights, not to the denial of their human rights (especially women)”.
Speaking about the role of youth in peace building, the Chairperson of the Commission said: "The new generation of Afghanistan as an organized and creative generation can be a peaceful generation. By reviewing its approach to expanding its relationship with the youth, institutions and youth initiatives, the Commission seeks to be more effective in broadening and strengthening the human rights agenda.


After 71 years since the adoption of the Universal Declaration of Human Rights and 17 years after the formation of the Commission and the new Constitution of the country, the AIHRC has made great progress in the field of human rights, including the promotion of education, health services and other issues, but it is clear that there are many challenges to be tackled in order to secure full human rights.
In another part of his speech on human rights generations, he added that the first, second and third generations of human rights are interdependent and indispensable to each other. If the political and civil rights of citizens - the first generation of human rights- are not fulfilled, we cannot tell the people that we have rendered services and built a road, a school and a hospital for you. 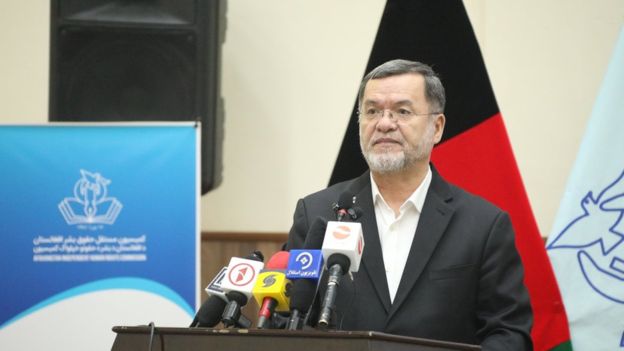 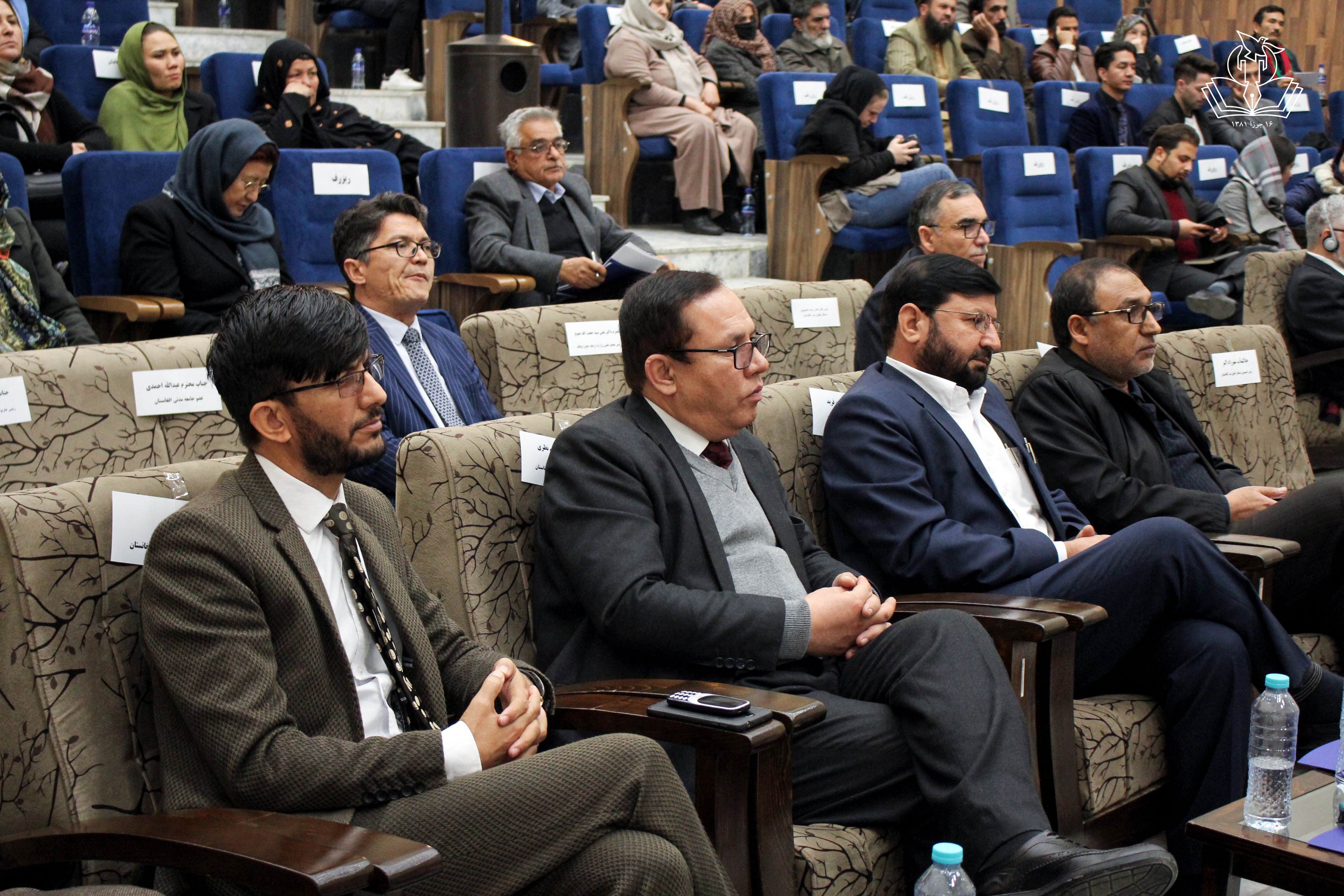 Mr. Danesh stressed the role of religion, media, cultural and educational institutions (education and higher education) in the implementation of the above-mentioned strategy and also considered the role of the Commission as crucial in coordination and leading of these institutions At the end of his remarks on the issue of peace and the role of human rights in it, the Vice President emphasized that without human rights and justice, peace would not be a lasting peace. The Commission's role in it is a fundamental one. Commission, women and civil society involvement in the peace process can create a minimum of trust and confidence in achieving lasting peace.


The UN Secretary-General's Special Representative in Afghanistan, while stressing the importance of human rights and human rights activities, particularly in Afghanistan, said: "Human rights are important not only to Afghans but to the world as a whole. Human rights are a key issue that can address injustice. “We are committed to working together for human rights, "he said. It is very important for us to protect the victims' rights, and, most importantly, to include them in the peace process.
In another part of his remarks on the large number of child victims, Mr. Yamamoto said: "There are so many child victims that are not acceptable or justified at all." The United Nations is committed to working closely with you to protect the rights of children and women, and we must raise this voice together. 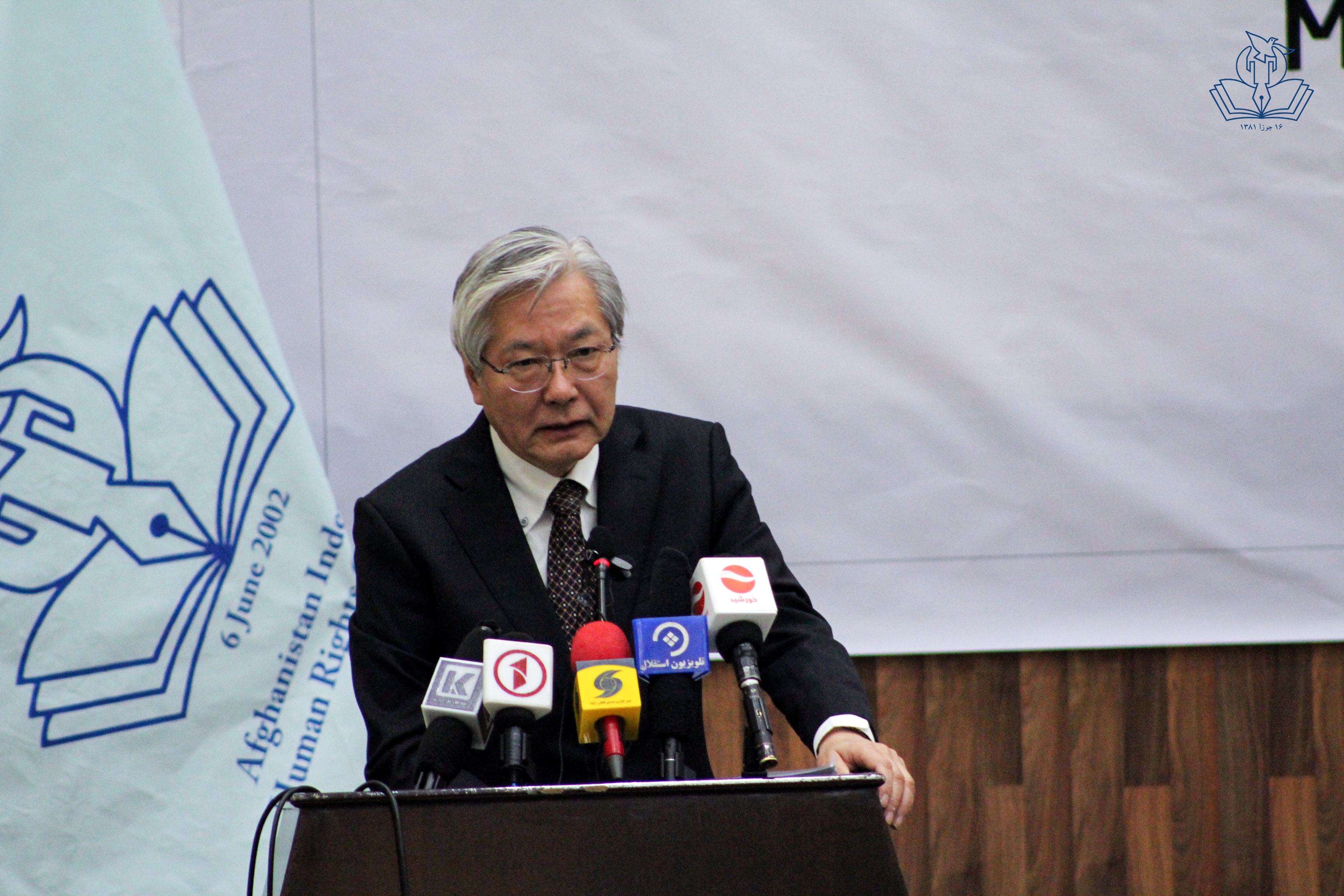 The representative of the United Nations on the role of youth in the promotion of human rights noted that young people are the hope for the future of Afghanistan. Standing up of youth is crucial to promoting human rights. Young people need to find out that they can stand up. Young people are the foundation of society; their active and courageous presence is praised in the media, civil society and women's civil society organizations.


Ambassador of the European Union to Afghanistan: “Peace talks should be based on human rights.”


Speaking at the event, Pierre Mayaudon, European Union Ambassador to Afghanistan, on the occasion of the International Day of Remembrance for Victims of War, said: I appreciate the Commission's initiative that included key and important issues (in particular victims ' rights and the presence of victims ' families) on its agenda today. 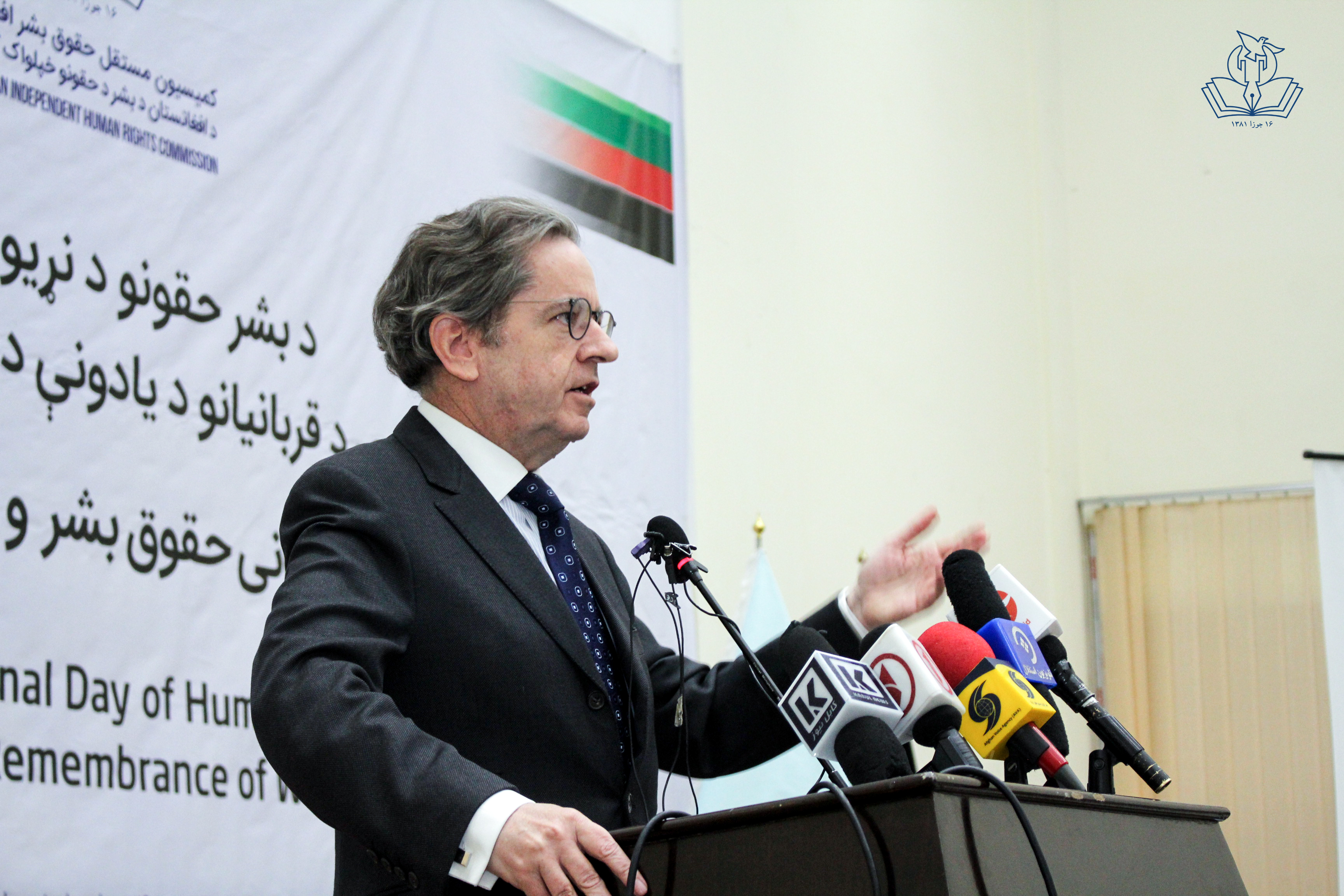 
Mrs. Shabnam Salehi, AIHRC’s Commissioner, chaired a panel discussion on victims' rights, their support mechanisms and the ongoing peace process from a human rights perspective. In this panel, in addition to recalling the memories of the victims and the demands of victims’ families, the questions of victims’ families and conference participants were also answered by Mr. Abdul Majid Ghani Zadah, Head of the Institute for Legislative Affairs and Scientific Studies at the Ministry of Justice and Mr. Davod Afzali, Head of the Attorney Office for International Crimes. 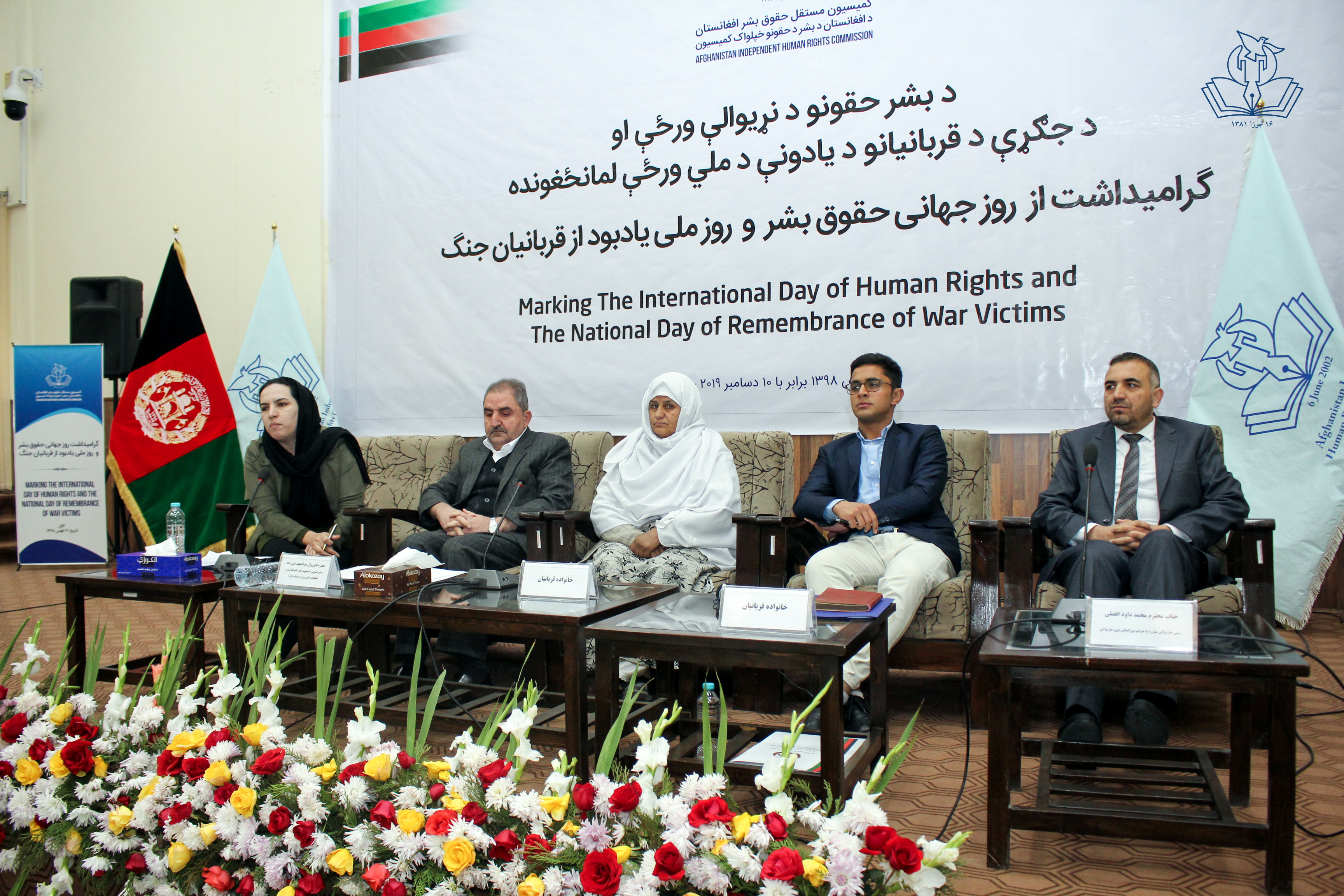 The second panel on human rights and the peace process facilitated by Mrs. Farahnaz Frotan, a journalist and civil activist was attended by Abdullah Ahmadi, a member of the civil society, Dr. Azizullah Fasihi, a professor at the university, and Mohammad Eqbal, Head of the People’s Movement.
It should be noted that a video clip of AIHRC’s colleagues who lost their lives in the promotion of human rights was also shown at this commemoration event.